With my time off looking after Anna during her October break from school I’ve managed to do something with the shed we inherited when we bought our current house … destroy it. 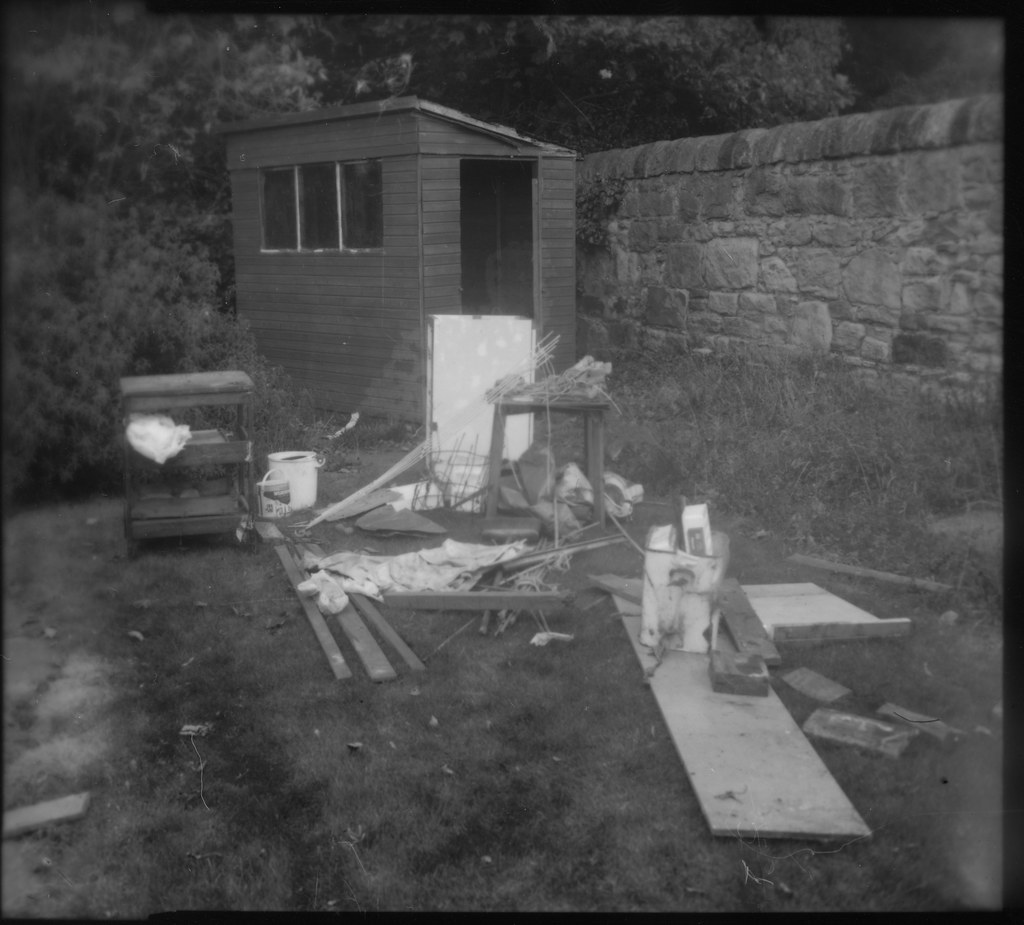 I started off by setting up my Graphic View 5×4 and made a series of progress photos as the shed was emptied and then pulled down. 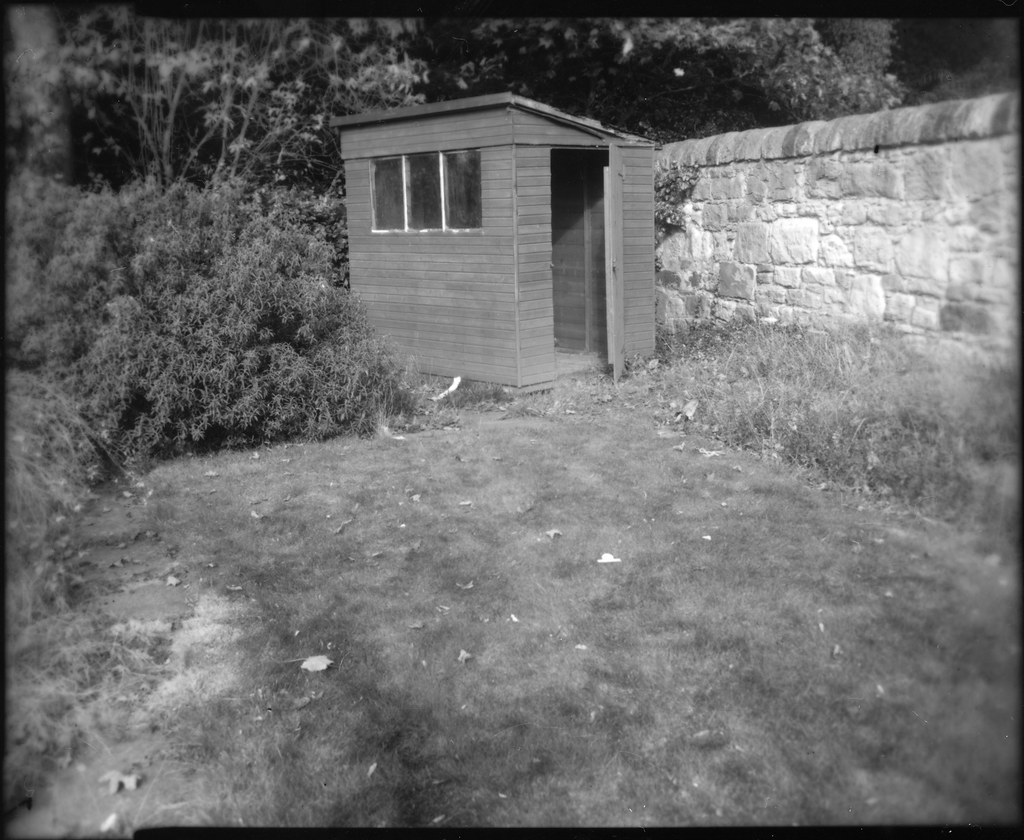 These are scanned contact prints made on Fomapan 100 5×4 sheet film taken with a Graflex Graphic View monorail camera and developed in Rodinal 1+25. 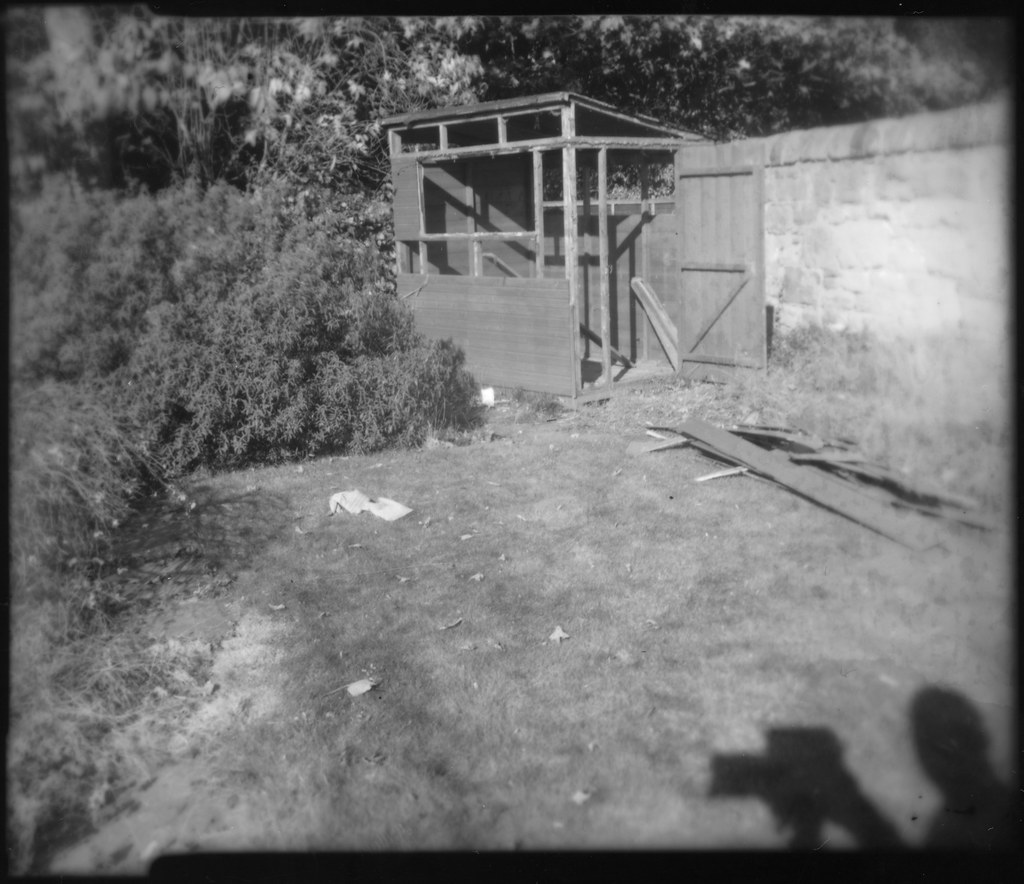 The paper I used was Fomapan’s FomaSpeed Variant 311 multigrade paper made in my shower room with it’s ceiling light at a fraction of a second I could only feel and certainly couldn’t count. 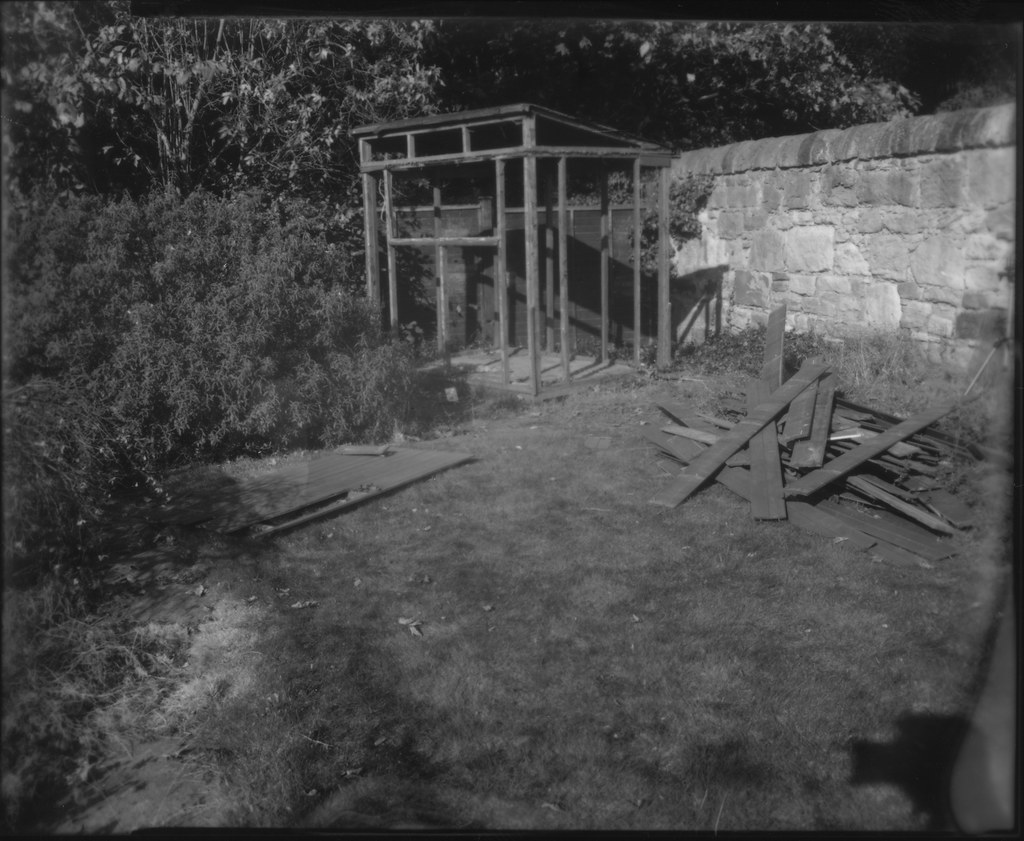 Pulling down the shed was actually a lot of fun and a lot easier than I expected. 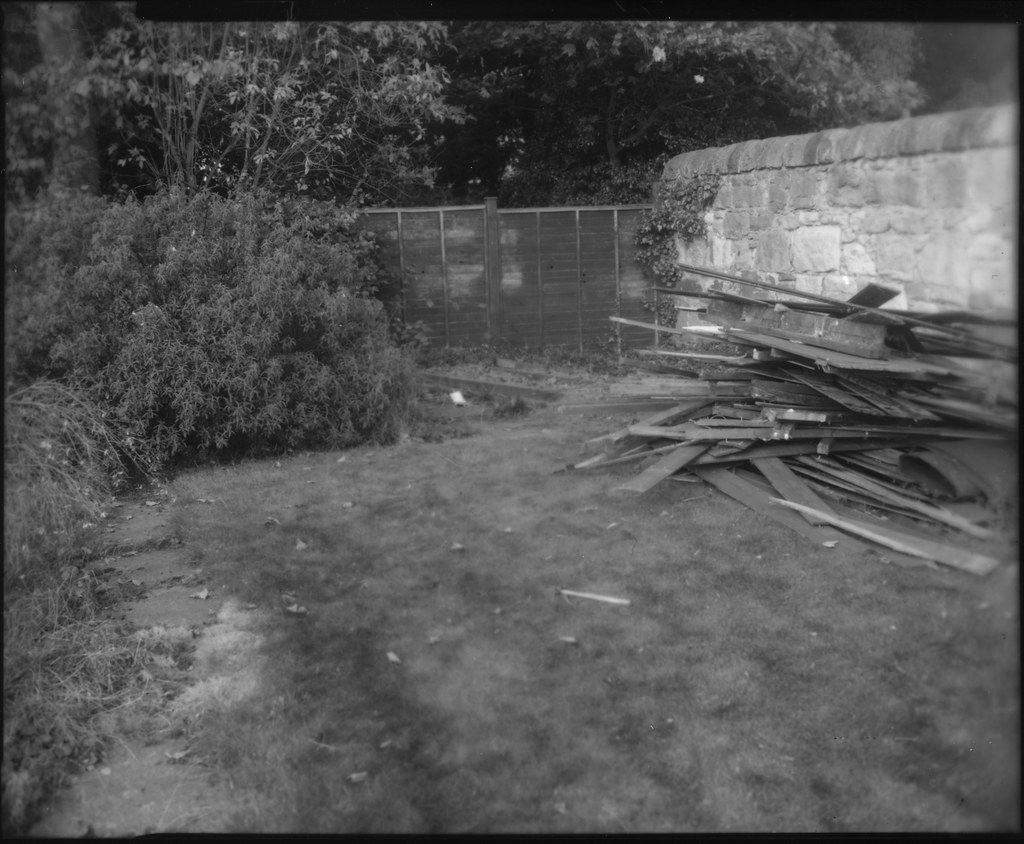 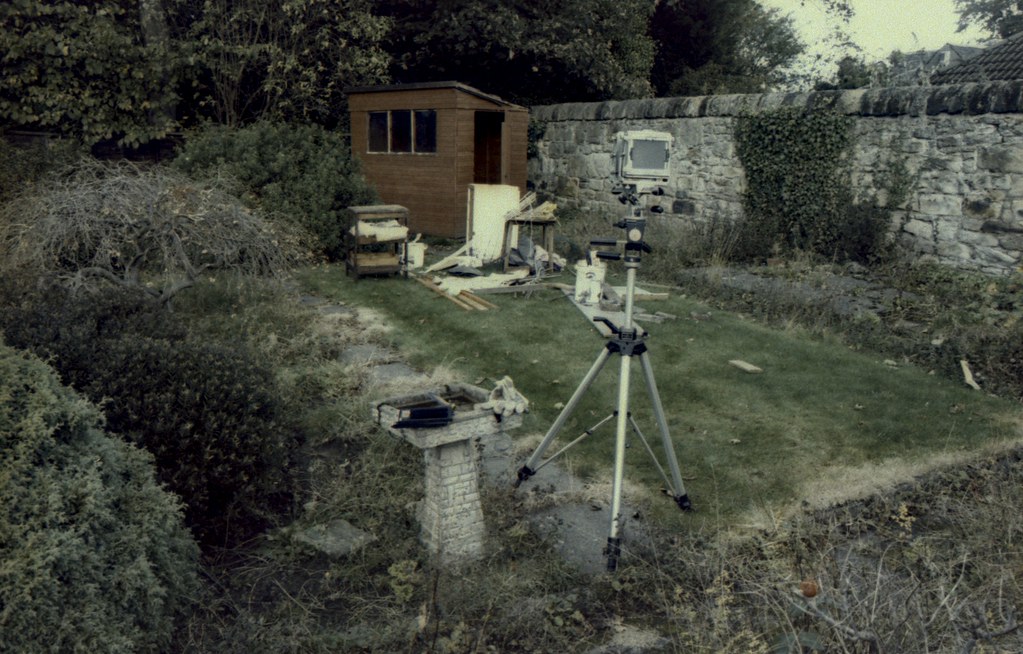 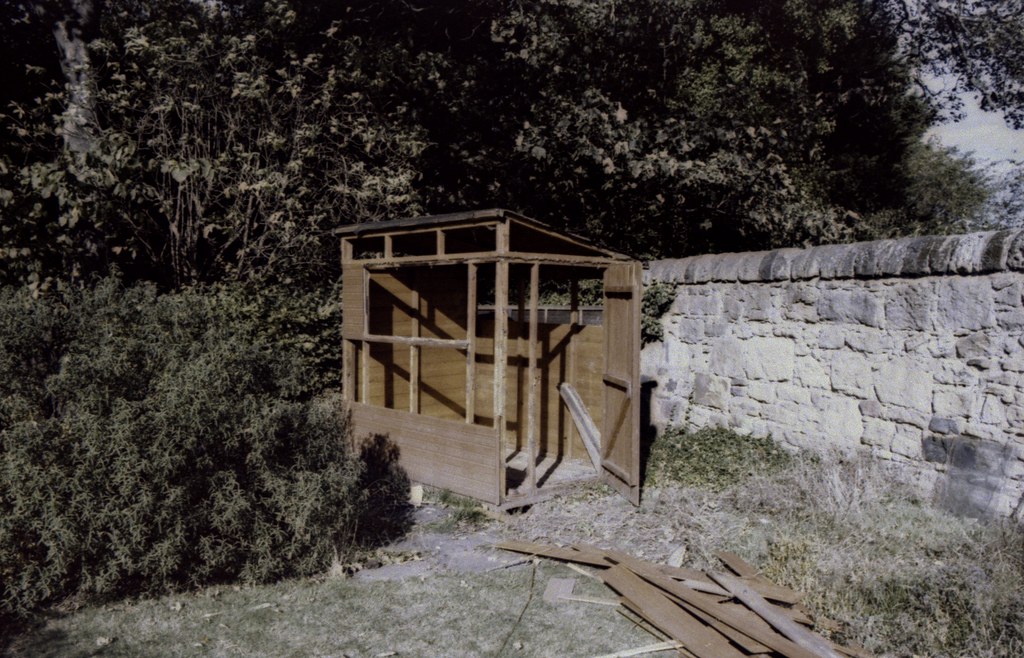 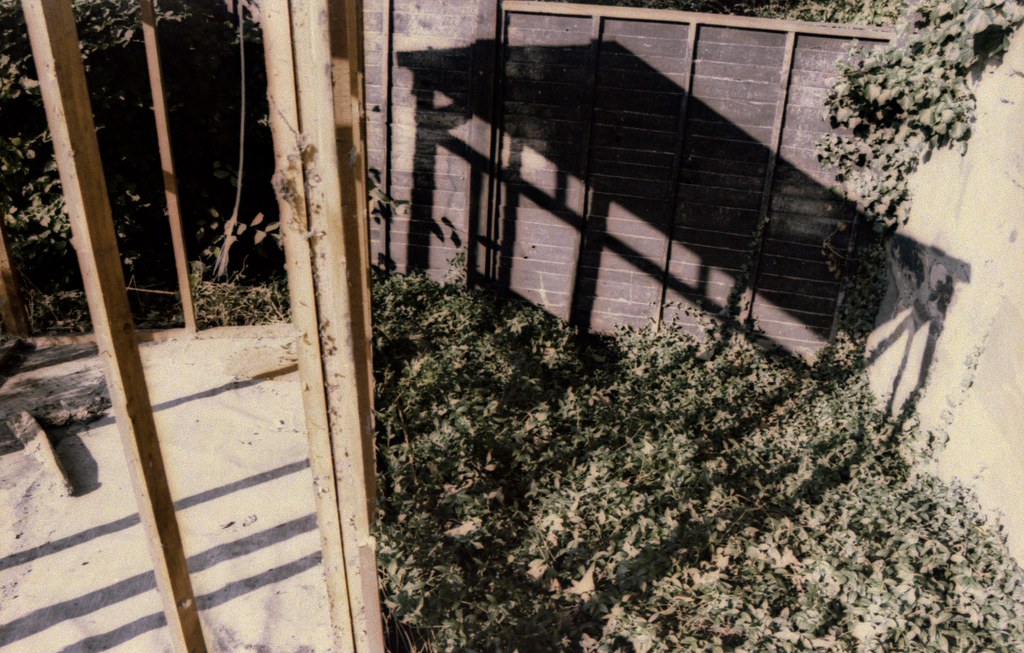 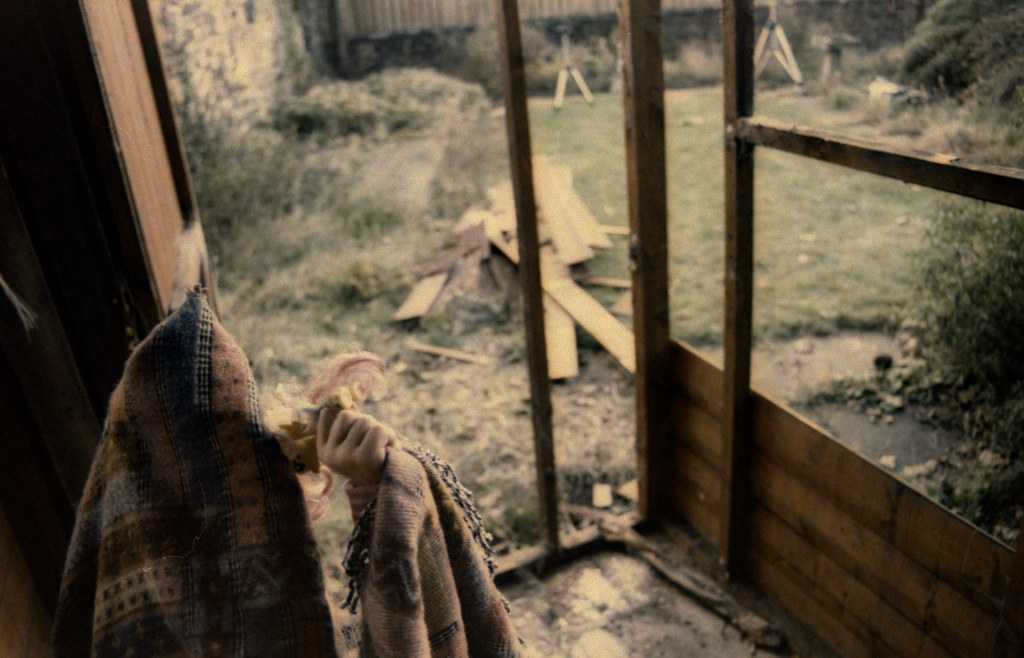 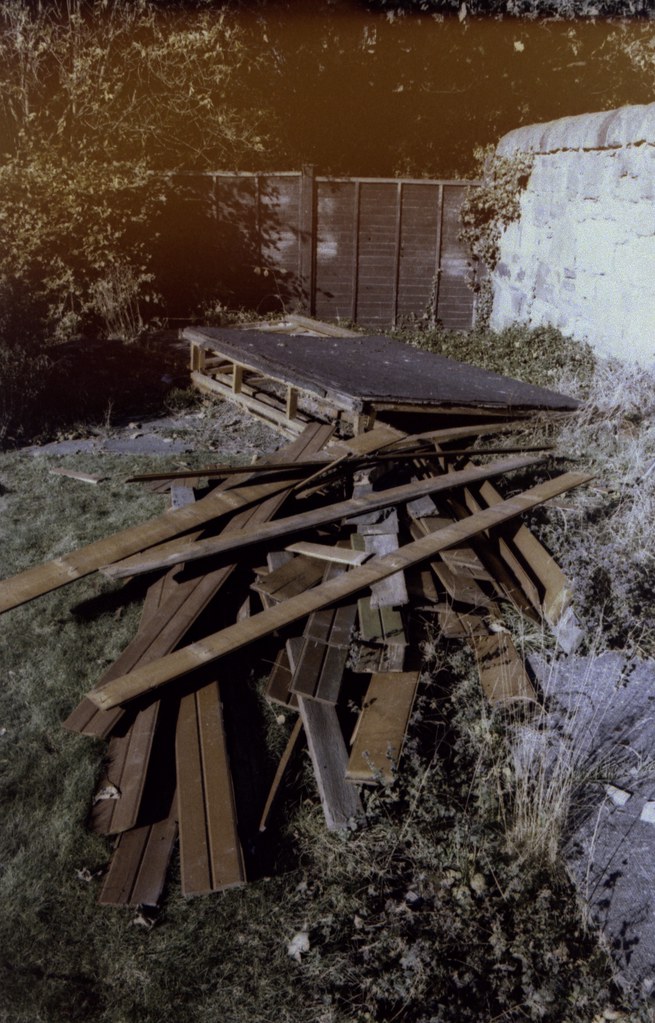 I’d updated my iPhone 4s to OS8 and tried to make a time-lapse video of the whole thing but it burnt out my phones battery in a matter of minutes. I did manage to make a faux ‘art movie’ from what footage I did get. Yeah, it’s a little silly.