Like many folks who use instant film cameras I had a cardboard box full of photos I didn’t know what to do with; I actually had two but now just I have 1 and a half …

I headed out to Hobbycraft at Fort Kinnaird Edinburgh and bought six or so of the cheapest sketchbooks I could buy, and at £1.50 for A5 and about £3 for A4 I did OK. 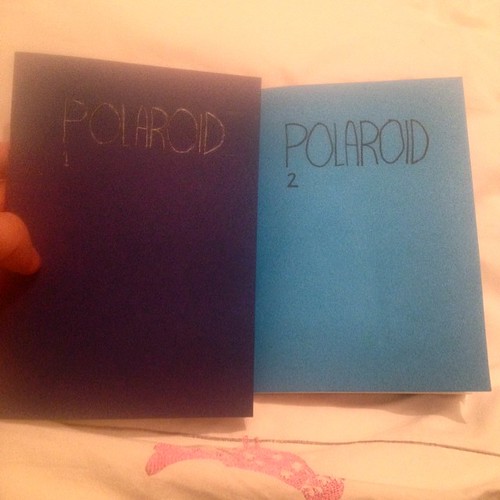 I made two two-part books based on the two different kinds of film I used, integral and peel-apart (FP100C). The integral was simply called Polaroids because I used Polaroid cameras to make them, even though three out of the five packs used in the books were Impossible Project film. 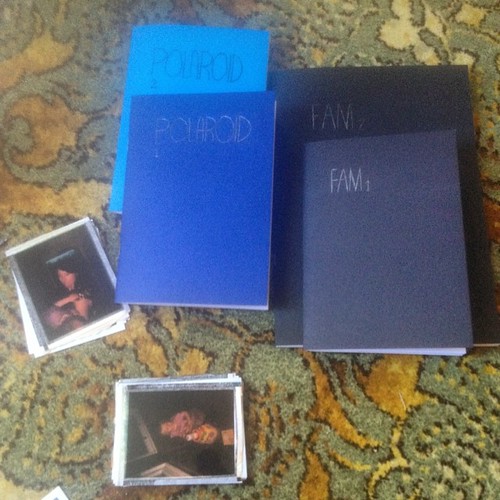 The second was just called FAM as in ‘family’ with the first book comprising of only pictures made with Polaroid Mini Portrait and Studio Express cameras and the second being a mix between my Mamiya Universal with a Pola-back and a dysfunctional Polaroid 104 Land Camera.

The content here was purely family photos as I’ve got a wad of non-family photos to be stuck in my remaining 2 sketchbooks but again it was a good exercise in building a book.

Obligatory Rule
Like any post I make about books I made a video, but don’t fret (!) there’s no mumble-speaking this time, just a ‘hooky’ strange but lovely track I took from episode 3 of Robert Hughes‘ excellent TV show; The Shock of the Now. Enjoy.


One last-ish thing about books, and I’ll try to shut up about it for a while, my Huggler book is on it’s way to me and I’m curious to see how it looks. This also means there’s likely going to be one more post/video of that coming soon.

One thought on “Homemade Photo-Album”