Making pictures with paper negatives is something I’ve been doing a little while now or rather since I got my Harman Titan pinhole camera, but to be honest I only made a couple of paper prints with the Titan. 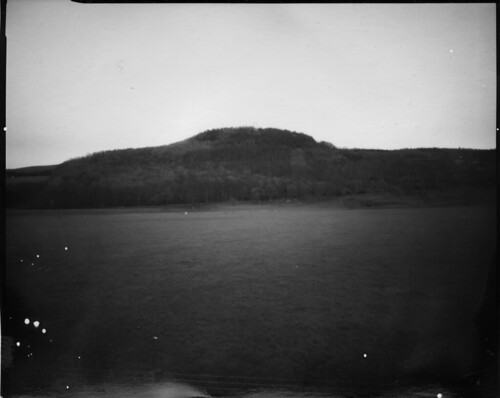 I’ve primarily used paper, colour and black and white, in my Graflex cameras … 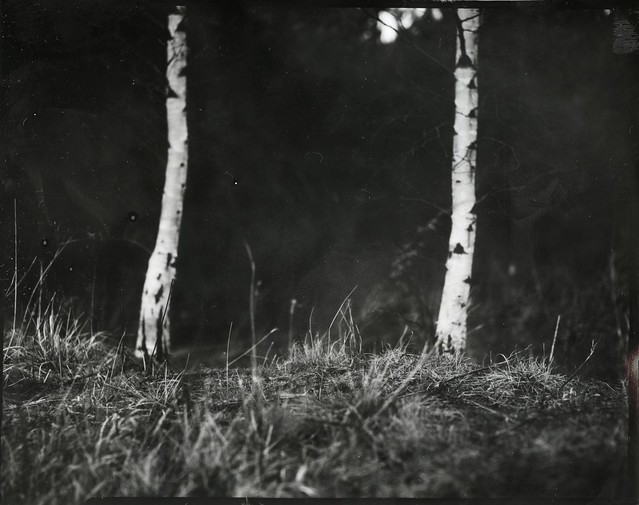 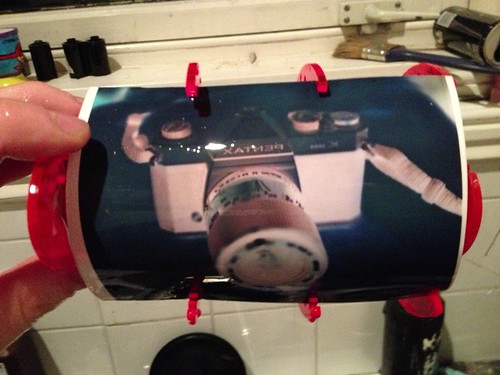 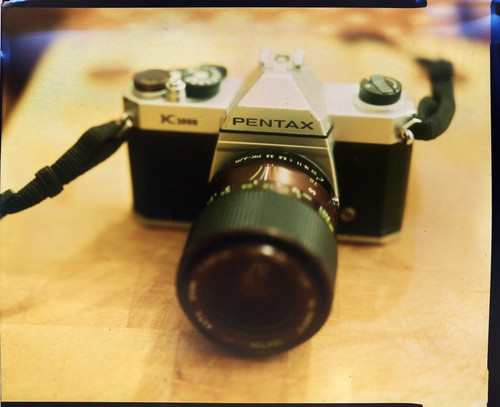 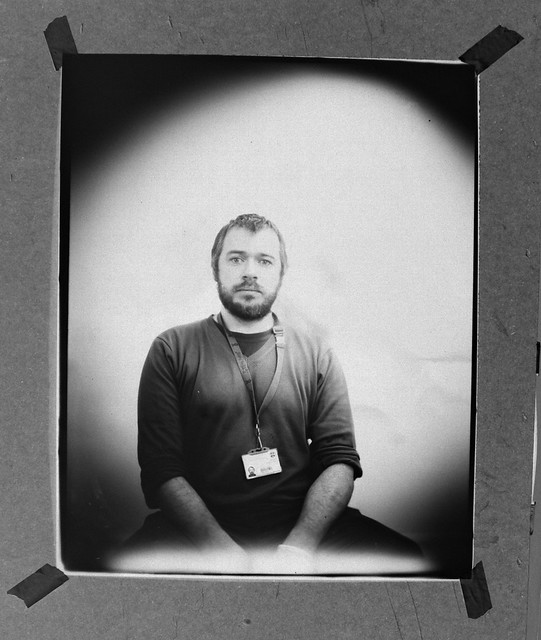 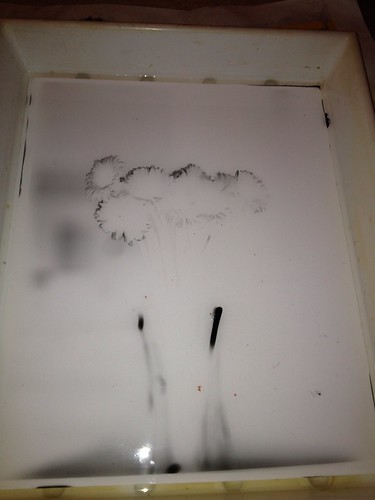 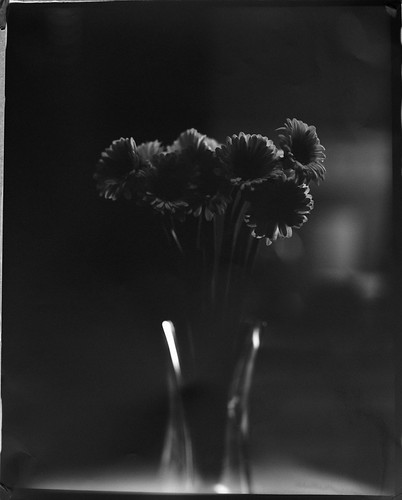 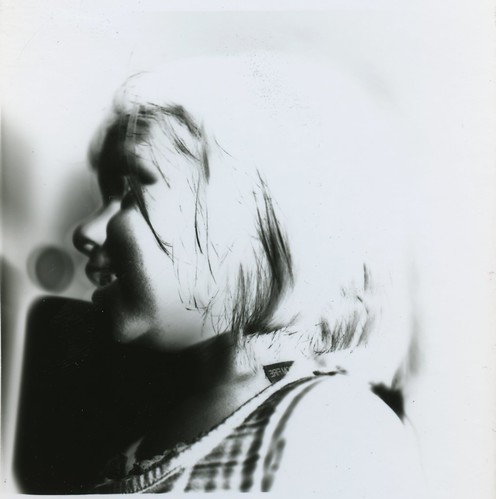 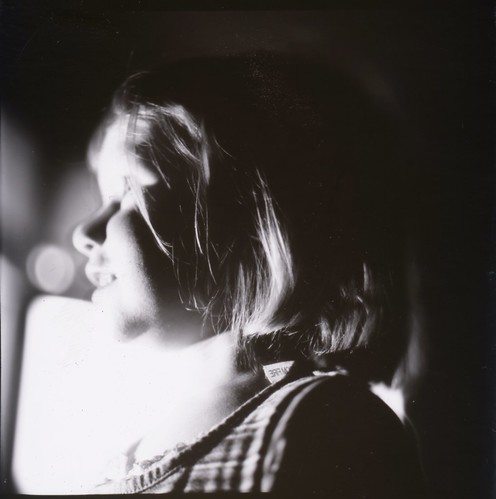 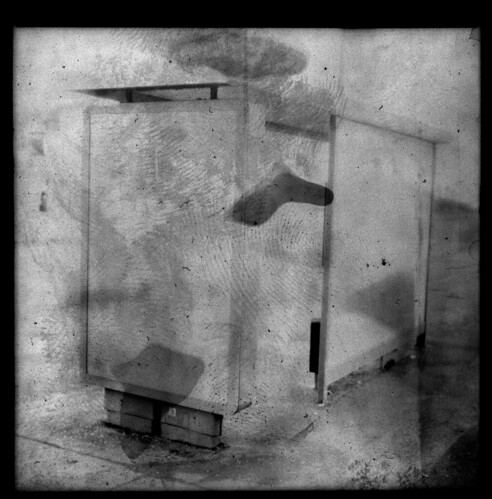 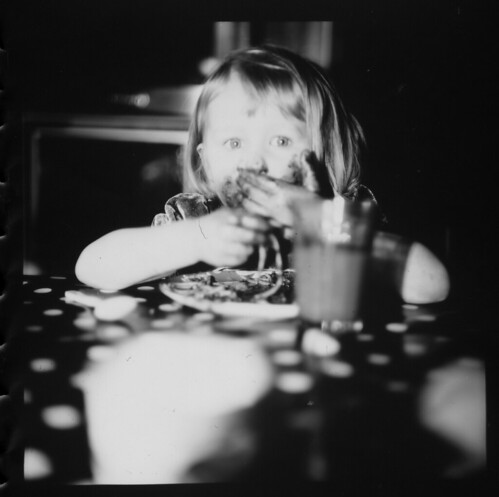 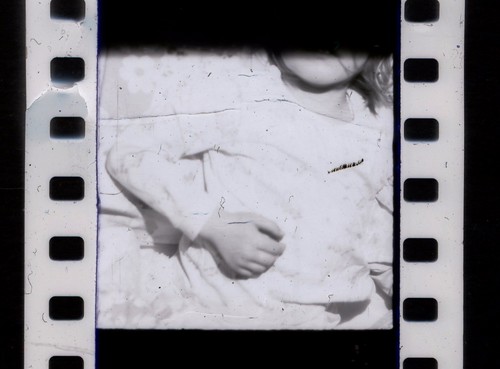 The Construction
It all started when I developed a test roll of dead slide film which had finally confirmed that all the film in one of my bulk loaders was dead. Being the second dead test roll I just opened the loader and took out the film. 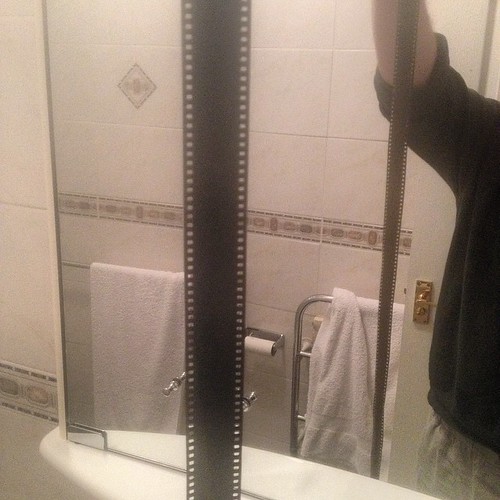 Ever since I’d loaded paper into a roll of 120 backing paper in my C330 I wanted to try it out in a 35mm camera so I cut a length of film from the dead roll and set about cutting strips of photo-paper to fit 35mm film.

I used Fomapan’s Fomaspeed multigrade paper since it was nearest to hand and I super glued the photo-paper to the film, then the film/paper combo was taped to a spool and returned to the re-usable canister. 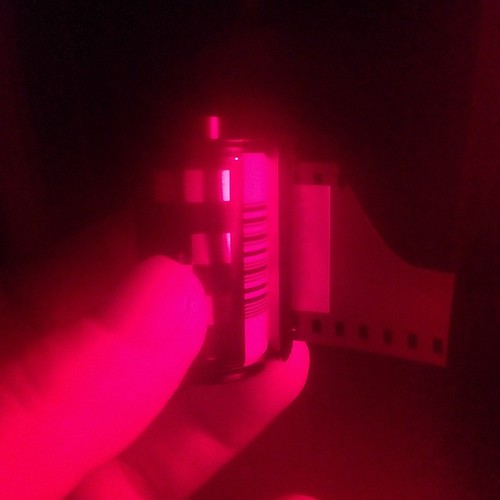 Rolling it back into the canister would’ve been easier if I had a camera in the room with me when I did it, using the rewind knob to make light of the work, but I wasn’t that forward thinking.

Once in the canister I then taped the leader to the take up spool of my FED 3, not a wise choice of camera as I found out later but …
“Live ‘n’ Learn.” 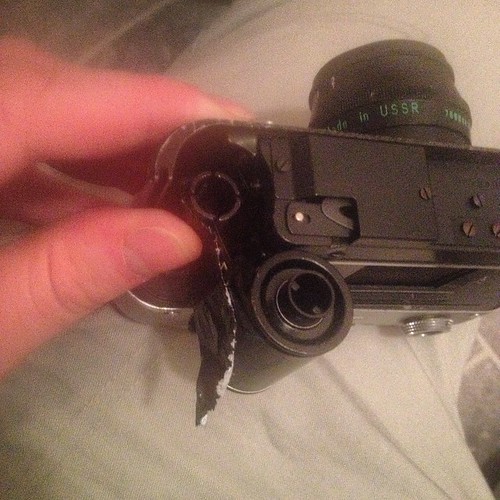 Rating the paper at ISO6, wide open under the light of the kitchen it would be about 1/4 at ƒ2 so I decided to go with flash on full power; that came out at ƒ4 at 1/4 from around a meter and would be able to freeze images quickly. 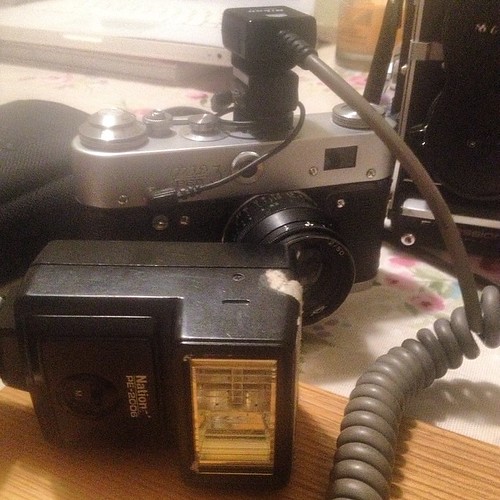 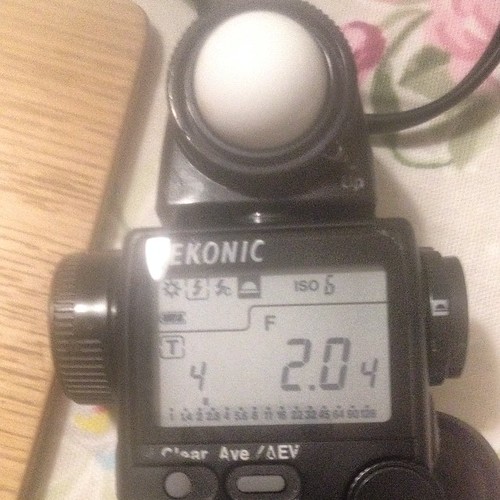 It was a bit tough winding on the roll of paper but after a few minutes firing, almost at random, I finished the short roll and I developed it. 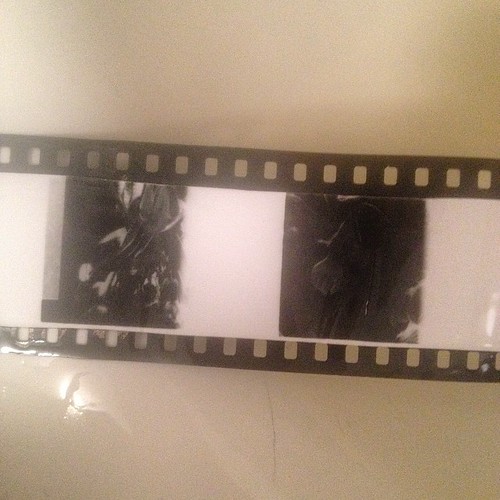 I was immediately struck, by the evidence presented, that my flash sync was all screwed up, it was somehow set to manual (light bulbs) instead of Xenon.

I shoulda went bulb and flashed manually with my hand but there you go, I can’t actually remember how you set the flash sync on the FED3 but I must’ve figured it out before because I’ve shot plenty flash with the FED using xenon flashes. 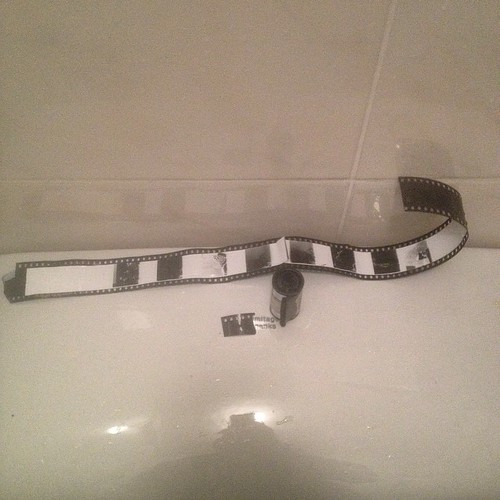 On top of all that I’d actually over exposed the paper! Next time I’ll rate the paper around ISO10 and see how that goes, and I’ll load the roll into the Zorki since I know how to set the flash sync mode.

Results
Anyway, this is what I got from the tiny paper negatives: 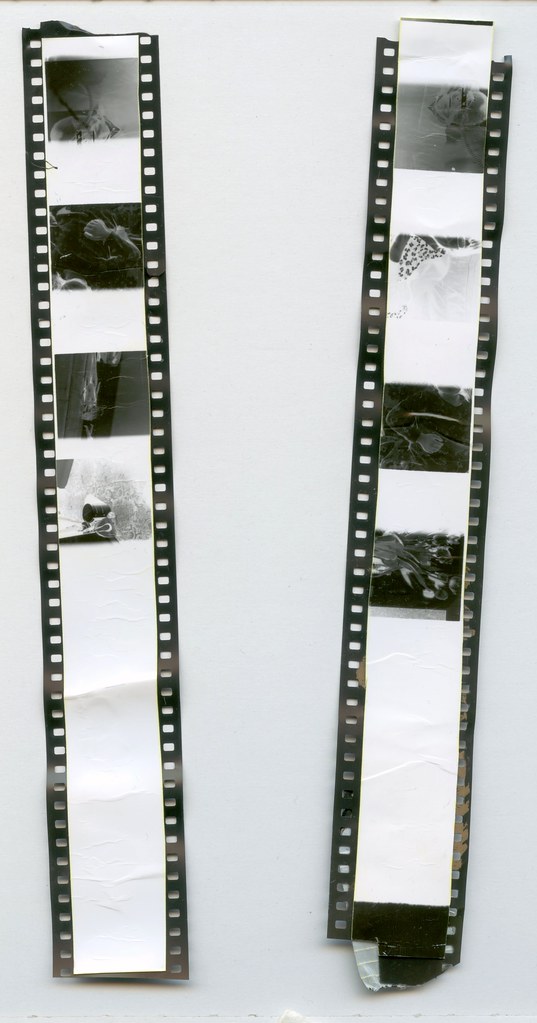 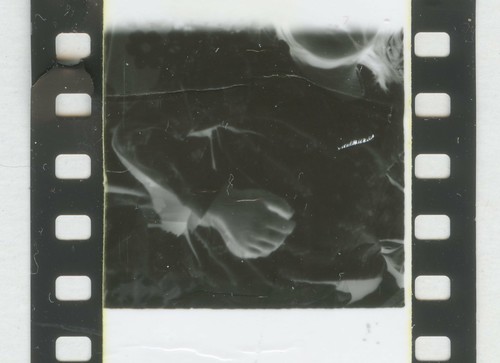 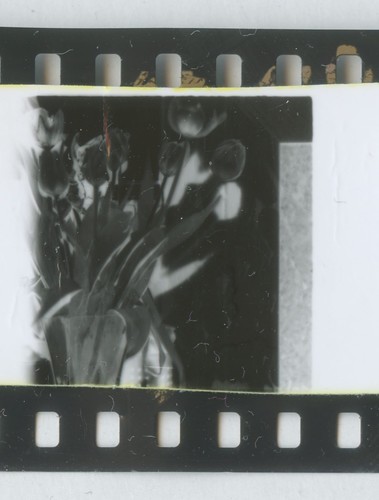 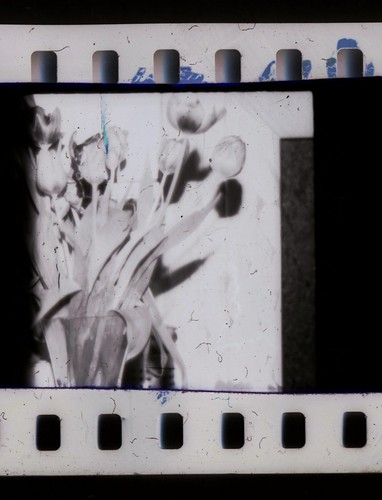 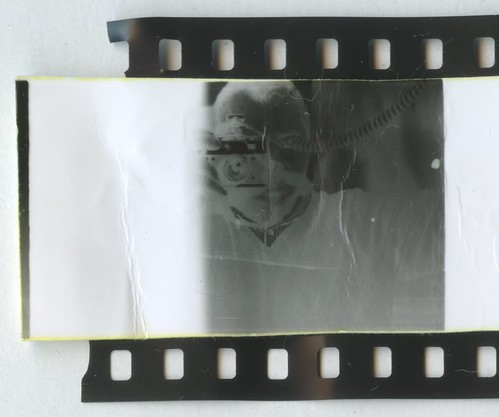 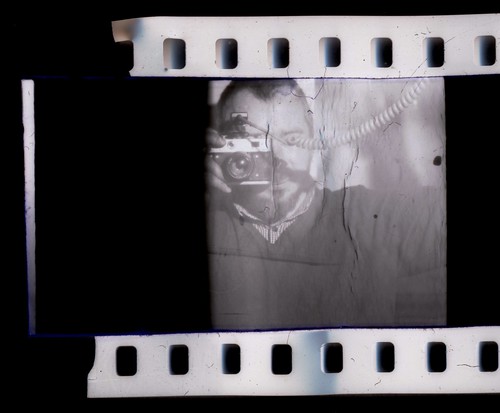 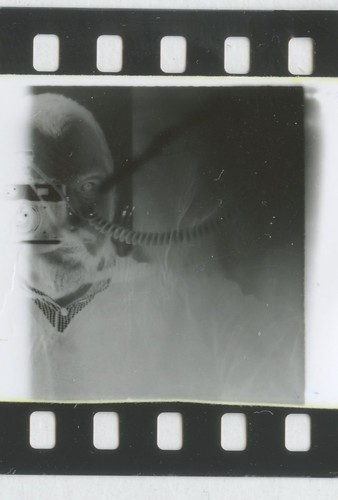 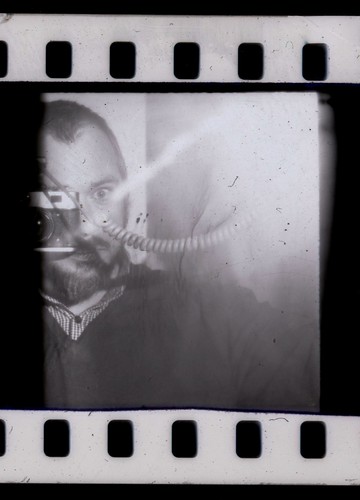 More paper to come since this week is #PaperNegativeWeek, something I’d never heard of until today.